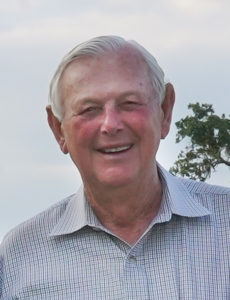 Chairman of the Board and Tournament Chairman
Weatherford, TX

Born in Armidale, Australia, he played Amateur golf from 1957-1960, and turned pro in 1960 after winning the Australian Open as an Amateur. He has over 40 International victories and 9 PGA TOUR wins. He is one of only four golfers to have made a double eagle at The Masters with his being in the first round  in 1967 on the 8th hole. He went on to design over 150 courses through his Golf Course Architecture and Design business. He worked for ESPN and NBC as a sportscaster in the 1980's.

"Growing up in a small town in Australia, I never thought I would play golf professionally. My start in golf was after my farther Artie, lost his arm in an automobile accident.

Even after winning the New South Wales State Amateur Championship and also the Australian Amateur Championship, there was no thought of professional golf.
Looking back, getting up and down on the 72nd hole to win the 1960 Australian Open was the turning point, although I didn't realize it.
Home for lunch from my plumbing duties, six months after my Open victory, I was convinced by my wife Gloria and my dear friend and coach Norman Von Nida, to turn professional. One never knows what is ahead !!" 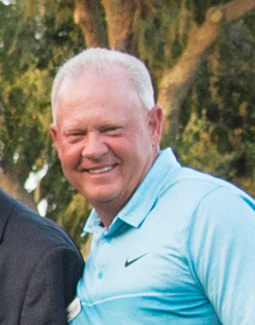 Board Member
Houston, TX
Greg has worked extensively in the Automotive Industry from 1995 -2015 with AUDI & BMW becoming a General Manager for both Franchises. Since 2015, he has been President of ASAP Freight Transportation.
In addition, Greg played Professional Golf from 1983-1995; competing in 2 U.S. National Open Championships 1985 & 1989.  He competed as an Amateur from 1978-1983 and holds the following titles:
NCAA II National Champion '83
Trans Miss National Champion '83
Eastern Amateur Champion '78

"I met Bruce when Kel took me home around the summer of 1978. I remember that I felt fortunate I owned one set of clubs. While there, Bruce was so kind and supportive of my efforts to play golf. He took me to his club workstation where I saw hundreds of clubs and putters and thought, I wanted to be like Bruce someday. He has always supported my endeavors and taught me many of life’s lessons along the way. I’m surely the lucky one to be able to call him my Friend!" Thanks Bruce... 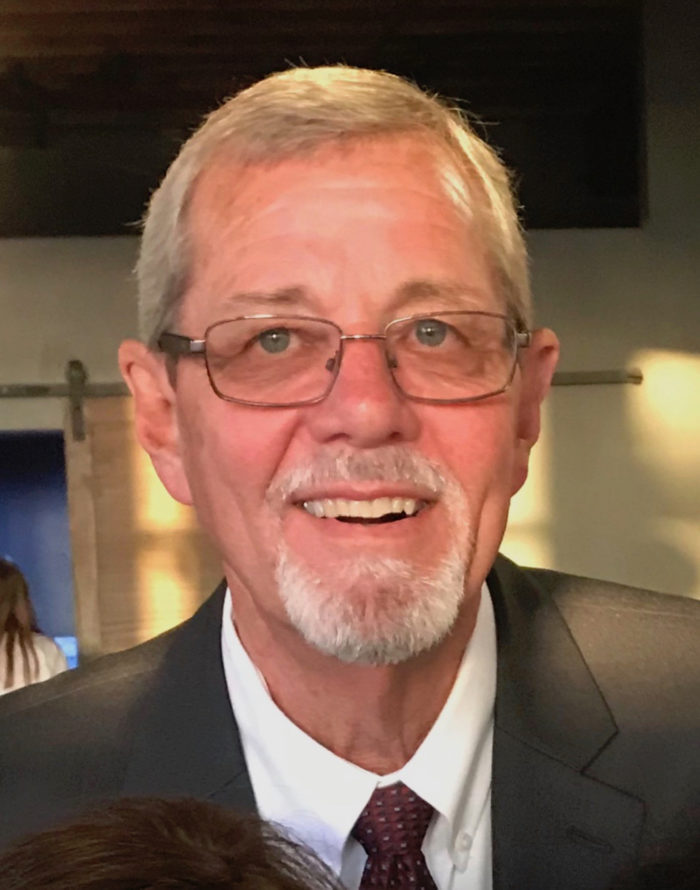 Bill graduated from Harrison High School at Harrison, Arkansas in 1968. He attended the University of Arkansas 1968-70. From 1970-71 he attended Northwood of Texas and received his Automotive Marketing and Management Degrees.
In 1976, Bill became the Toyota dealer in Harrison where he is still the Toyota dealer today. He is married to Marcie and has two children, Matthew and Mandy, and five grandchildren.

"I met Bruce Devlin through his son Kel in the early 90's. We traveled to Arizona where we experienced Gloria's cooking and hospitality for the first time. We have established a lifelong friendship  (and keep coming back for Gloria's amazing meals!) and we couldn't be happier to have the Devlin family as part of our lives." 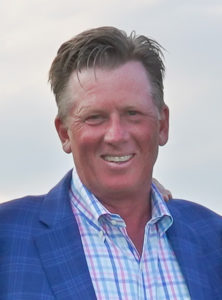 Board Member
Brimingham, AL
Living in Birmingham, AL, married to college sweetheart Alisa, John works for Lhoist North America as Director of Steel Sales. Previously, he was President of Refractories Specialist, Inc., and IPSCO Process Engineer - Melt Shop. He attended Sam Houston State University from 1985 - 1987 earning a Bachelor of Business Administration and degree in Economics. They have four children; Robyn, Ryan, Andrew and Joey and a dog; Aggie.

"As a teenager I recall asking Bruce for some advice on putting as I was struggling with a few three putts per round. After a brief discussion, I remember his statement; "Johnny what you need to do is hit the ball closer to the hole". From that moment forward, there was never a pin that I would not fire at..." 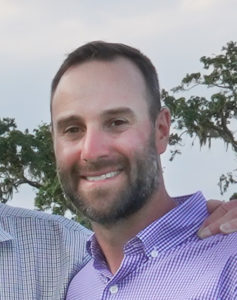 Board Member
Portland, OR

Matt Plumb resides in Portland, Oregon with his wife Kelly and young son Charlie.  Matt has been a member of The Devlin Foundation Board since 2011.  He has worked for Nike for 13 years and is currently a Global Product Line Manager for Golf Footwear. He attended The University of Oregon where he received a Bachelors Degree in Sports Business Administration, and Communications.

“I had the fortunate pleasure of meeting Bruce and Gloria through his grandson Kris and his son Kel.  It’s clear that the apple doesn’t fall far from the tree.  Bruce is a true professional in every sense of the word and I feel privileged to be able to spend time with him.” 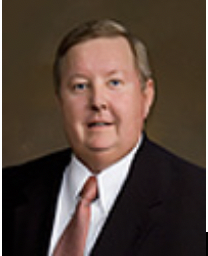 Robert is the Chief Executive Officer of the Ben Hogan Foundation. Prior to assuming the leadership role in Mr. Hogan's Foundation, he was a business leader in the aerospace industry for nearly a quarter of a century. A native of Shreveport, Louisiana, he holds a bachelors degree in business from Louisiana State University and a Masters in Business Administration in Management from Louisiana Tech University. He serves on the Northern Texas PGA Junior Golf Foundation scholarship selection committee and numerous community and civic committees and Boards.

"I have bought Bruce several sets of "readers". The first set I bought him he lost. Then I bought one that folds into a very small case and attaches to your key ring - He lost it.  Next were "Thin Optics" that attach to the back of your phone knowing he couldn't lose them.  He lost his phone!  I relish Bruce's stories about his tour and life experiences. He is one of a kind and I love him like an older brother." 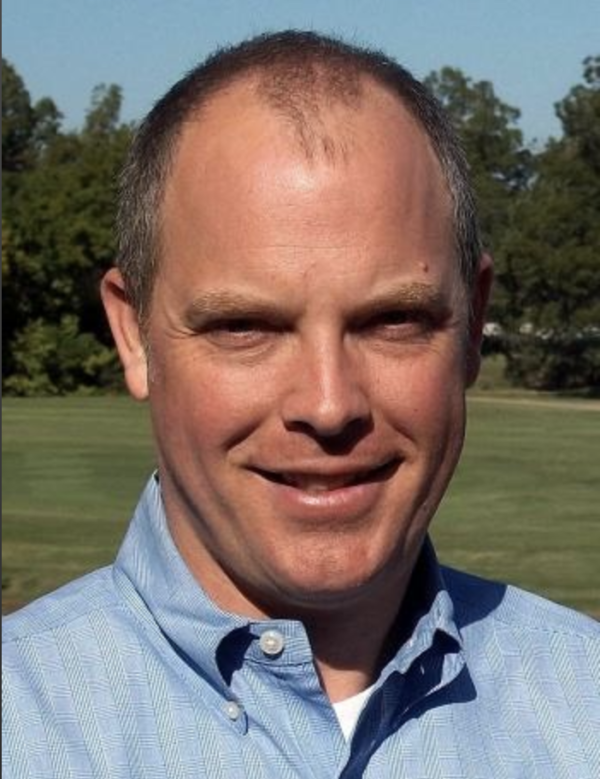 Michael is currently is the Tournament Director for Colonial Country Club’s Charles Schwab Challenge and Forth Worth Invitational, an award-winning PGA Tour event. Prior to his employment with Colonial he worked as IMG Associate Director of International Operations, Golf Canada Director of Amateur Champions and with the AJGA as Site Development Manager and Tournament Director. He attended Shorter University earned a Bachelor of Science in Recreation Management. He lives in Mansfield, TX.

"Being Canadian, I love when Bruce would tell me George Knudson stories. In 1971, George was leading the Colonial.  They head to dinner across from Colonial. When the table is ready, George says to Bruce “you go ahead I am going to sit here at the bar.” Bruce eats and tells the waitress upon leaving; “If he is still at the bar at midnight, you call me.” Well, right at midnight, phone rings, George is still at the bar, and “over refreshed”. Bruce who is probably in T-20 at this point, goes over and gets him. George shoots 76-73 the next two days, losing by 2. Point - Bruce will always have your back, will always lend a hand, and looks after the people he cares about!" 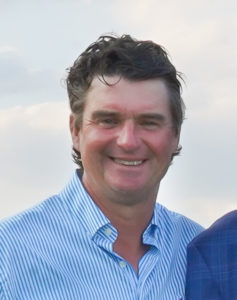 Michael moved to the United States in 1985 to play golf at Centenary College in Shreveport, La.
Michael is a Pediatric Dentist in Texarkana Arkansas and has been for 25 years now, married for 6 years to wife Debbie and now a proud grandparent to 4 boys.

"I have known Kel for close to 20 years and was honoured when the family asked me to be on the Devlin Foundation Board.  My first meeting with “The Main Man” Mr. Bruce Devlin was at an early board meeting and was quickly hit with his charm and utter Gentleman qualities. One of life's highlights has been the ever-growing friendship I have with the Devlin family and the honour of being able to spend time with Bruce and Gloria.....They are the definition of Class and Dignity.”

Kel is Bruce's eldest son and has been married to Cathy for 39 years. They reside in Weatherford, TX and have two children; Kris and Meaghan. He is a 1984 Texas A&M graduate where he played on the golf team. He worked in Sports Marketing for Callaway, Spalding and NIKE Golf. Currently, he is owner/ president of SugarTree Golf Club in Lipan, TX, 30 miles west of Fort Worth.

"Golf has really been great to our family and I count myself very fortunate to have all of the memories and experiences, including emigrating to the U.S.

Memory 1:  I had the chance to spend some time with Dad at the 1978 Colonial and was extremely fortunate to get a lesson from Ben Hogan.  It was solely due to Dad’s relationship with him and an experience I will never forget.

Memory 2:  I caddied for Dad at the US Open at Baltusrol in 1980.  He needed to make an eagle on the last hole to qualify for the 1981 Masters.  He hit a driver off of the ground to 25 feet behind the hole and made the putt to qualify.  It was an amazing thing to be a part of and showed me that if you believe, anything is possible."

Kurt is the Director of Channel Management at Laird Performance. He has worked for Ohmite Manufacturing, Davies Molding, and Vishay in various Sales Management positions. Growing up in the Houston area, Kurt attended Sam Houston State University receiving a Bachelor of Business Administration and degree in International Business. Now living in The Woodlands, he is married to Julie, and they have three children; Bowey, Taylor and Tristan, two grandchildren and three rescue dogs.

"Memory 1: 1985 Buick open Butler National CC .  Dad trailed by 1 coming into the last hole Sunday and hits his drive 1 foot in the left rough against the TV power cable.  He waits 10 minutes for a ruling and finally drops in the rough, in a hole from the same TV cable!  We are fuming ! He hacks it out to the front of the green and almost holes about a 100 ft chip.  He misses a playoff by 1...(footnote... Verplank won as an amateur against Jim Thorpe in a playoff).  Memory 2: We flew to Eagle Vail for the President Jerry Ford Pro Am that night with Billy Kratzert and Lanny Watkins.  I saw President Ford hit two spectators with errant tee shots.  I met Henry Kissinger and brought him a beer. When I say I had a spectacular childhood, it’s an understatement! I love Mom and Dad for giving me these memories."

Kristopher currently works in Austin, Texas for the PGA TOUR in Corporate Partnerships for the World Golf Championships – Dell Technologies Match Play. Worked at Nike Golf for 6 years in Nashville, Tennessee and Fort Worth, Texas. Kris played college golf at Texas A&M and married his college sweetheart Bridget; they have two kids Baron (5) and Adelyn (4), residing in Bee Cave, Texas.

Two Favorite memories of (Pop) Bruce, both at Secession, his favorite place...

"First one is we were playing in a Club event around his 79th Birthday and he holed a shot on the 18th hole from 150 yards in front of 125+ people on the porch, everyone went nuts, we sat on the back porch drinking wine and listening to his stories for the rest of the night; which is standard practice.  Second favorite memory was during the final round of The Devlin in 2019 on the 17th hole when I made a hole in one.  Making an ace at Secession, on that hole, playing with Dad (Kel) and with Pop (Bruce) watching, is a memory I’ll cherish forever.” 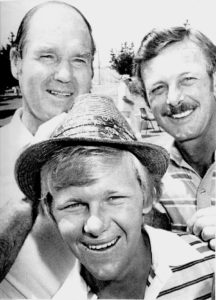 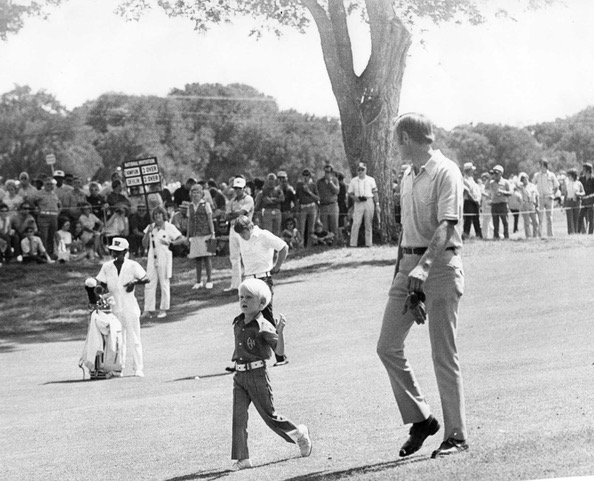